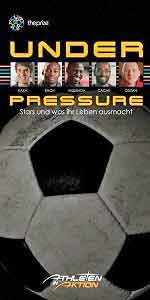 The European football championships have just finished, and Agape was part of the football fever in various countries throughout our area.

In Germany, for example, the evangelistic DVD "Under Pressure: Stars and What Makes Their Lives Unique" was available. This film, originally created for the previous world football championships, includes portraits of various athletes and interviews with prominent footballers like Kaká, Jacob Mulenga and Cacau who share about how they combine the Christian faith with sport in their everyday lives. They explain how they deal with the pressure of professional sports and fame as well as the role that Jesus Christ plays in their lives.

Visit the German ministry webshop to purchase your copy today.

The French ministry Sport and Faith has worked hard to make the most of opportunities to promote their message during the EURO2016 and in preparation for the Olympic Games starting next month. In addition to new video resources, they have also brought out an Athletes’ Bible in cooperation with the Geneva Bible Society.

Visit the Agape France webshop to purchase your copy today. 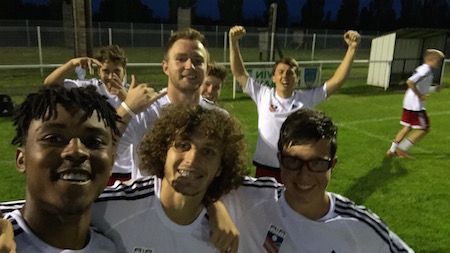 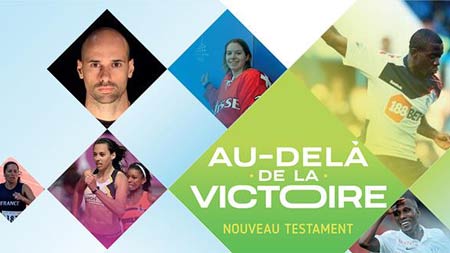 Agape France also welcomed teams of US athletes for outreach activities in June. The group arrived in Paris in early June and travelled on to Toulousse, where they collaborated with local church groups to do Christian outreach in combination with football.

Two team members share their impressions of the trip:

The day began with teaching the team our final principle: Victory Beyond Competition. These principles offer Biblical lessons from a practical standpoint of being a player on a sports team. I learned to live for God's kingdom, not my own, because the wins in the temporary areas of my life are not eternal. I challenged myself to implement this principle into our next game. I am only 15, so just being able to come on this tour to France was a blessing in itself.

I was not expecting to play much or at all, but Coach K. invested in me and played me a whopping 45 minutes. I came off the field afterwards exhausted. Every time I felt like giving up, I remembered Philippians 4:13 and that I was playing for God's kingdom, not my own.

That game was the most freeing and exciting game I ever played, because I was playing for the glory of God. I scored my first "international" goal, and the whole team went crazy. After our 4-1 win, the other team invited us to a barbeque. We watched [a championship game] and enjoyed spending time with the other team. We really felt connected with them. I gave Marchez, a young adult on the opposing team, a New Testament in French. It was his birthday, and I could not think of a better gift to give than the Gospel.

Hopefully he too will be able to play with freedom and for the glory of God. 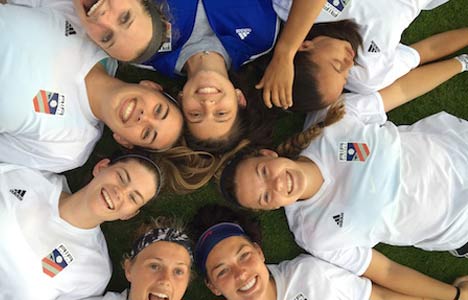 “Today turned out to be one of the greatest times of my life!” --J.G., footballer

For I can do everything through Christ, who gives me strength. --Paul, Philippians 4:13

"This whole trip has been such a humbling experience for me and it makes me excited to see what else God has in store not only for me, but also for everyone else."--B.A.

These past few days, I have loved being able to connect with our church partners here in France.

Pascal, one of the leaders of the church who is working with us on our trip, has truly blessed us. From being able to watch a football game at their church with dinner provided, to hosting us for their first-ever bi-lingual Sunday church service with a delicious lunch. Their hospitality has been overwhelming.

After an inspirational morning where we heard Craig, a member of the team, share his testimony, we worshiped Jesus Christ with the church family.

We then went to a sport field for a six v. six tournament with some of the locals. I felt so blessed to have the opportunity to see people from multiple countries, speaking different languages, all being unified: first to worship our amazing God who is ever faithful, and second to all play the sport that we love.

Go to: Be Encouraged Go to: Our Jelgava Adventure