Students tell others about their faith in Prague 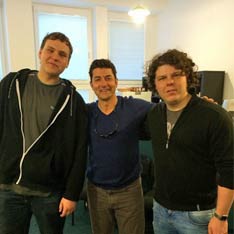 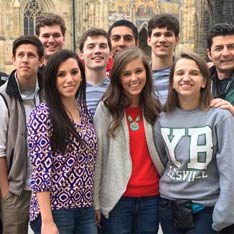 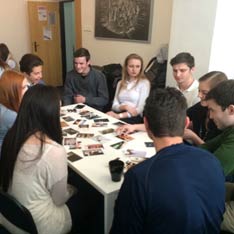 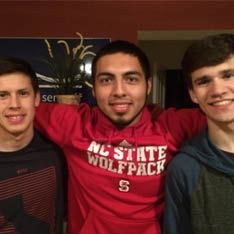 Former Agape Europe staff member Vince Purpero recently returned to the Continent with a group of young, enthusiastic American teens, who were eager to experience life beyond their hometown and to share their faith with others. Vince reports on how this trip reminded him of the need for evangelism and how the experience changed the hearts of everyone involved.

An enthusiastic evangelist, Vince naturally focuses on finding opportunities to share his faith with others. “Since returning from the Czech Republic and reflecting on Europe, my heart has been heavy and moved with compassion to witness the sea of people who are lost without Christ and the few that are laboring among them with the Gospel.”

The impact of Communism ruling over former Czechoslovakia from 1948-1989 and the bloody history of the Catholic Church with its power over the Protestant faith have left many in the Czech Republic with a negative impression of God. A typical worldview among the Czech people is that there is no God at all!

Our team of fun, hard-working and uncomplaining young people visited schools in Pelhřimov, a small city of 20,000, as well as in the capitol of Prague, a world-class city with a population of 1.3 million. In both locations, the group went into classrooms to share their personal stories of faith. In total, the group talked to some 700 students aged 12-20.

In Prague, they gave 8 classroom presentations in one day. Afterward, they invited students to come to a local Starbuck’s café for a party that evening. Nearly one third of them came. As the Czech students connected with their American colleagues, the young people started to share the questions of their hearts. Some groups used the Soularium – a set of pictures cards and thought-provoking questions about spirituality – to break the ice. Statements like, “I am afraid to die,” “I am depressed,” and “I am an atheist and don’t believe in anything,” were just some of the responses that led to deeper discussion.

Vince felt like he was living in Europe again and felt at ease talking about God along other topics like smoking marijuana, going to bars and drinking alcohol.

Vince made a quick and genuine connection to two young men in particular. Described by their teachers as “troublemakers”, high school seniors Adam and Dan attended the after party. Dan even played his saxophone for the audience of teens. Thinking about the encounter and discussion, he remarks, “I don’t see troublemakers, just untapped potential waiting to be believed in and empowered!”

One of Vince’s personal highlights of the trip was seeing how the US students took bold steps of faith to talk about their personal spirituality with peers. He was amazed at God’s impact on young lives.

He is currently looking for new ways to engage with high school students in Europe by partnering with Agape SHINE, our youth outreach program in Western Europe.

One response to “Czech Out Christianity”

Ir a: Be Encouraged Ir a: Crisis in Nepal