Internet Ministries in the Lions’ Den

Their Primary Strategy Was Internet. Their Secret – Collaboration

On a frosty night in the countryside of Paris, just an hour outside of the hustle and bustle of the city, thirty men and women sat by low candlelight eating a communal French dinner in the midst of a electrical power outage at their countryside hotel. The power was not out, however, in their determined desire to achieve ministry collaboration and by the end of the four days together, the kingdom causes of God would advance significantly.

Thick accents representing 11 different countries emerged as introductions were made. Phrases like “digital strategy” and “global reach” were tossed around, bridging the gap between cultures and languages. They had only met once before, but they all had the same goal — to make engaged, multiplying disciples. And their primary strategy? The Internet. 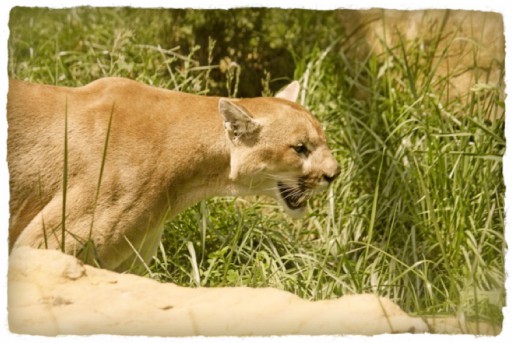 This catalytic moment in Europe brought together highly successful ministries who were already harnessing the global information highway and making disciples on a global scale. Everyday, over 2 million people search the internet for God. This gathering would begin to synergize their work to be as effective as possible in reaching seekers around the globe.

It sounds crazy to some, unrealistic to others. But the participants of the late January conference know that it’s possibly evangelism’s best-kept secret.

Three months earlier in Vancouver, Canada, Power to Change sponsored a global competition emulating the television show “Shark Tank.” It was called The Lions’ Den, where 11 ministries with innovative ideas for fulfilling the Great Commission competed for $500,0000 dollars of funding money to expand their projects. Five judges, or “Lions,” awarded the funds, the largest amount given to the founders of the wildly successful European collaboration effort called Jesus.net, an international network of more than 40 Christian organizations and ministries. Every few seconds, someone makes a decision to know more about Jesus via one of the Jesus.net websites. 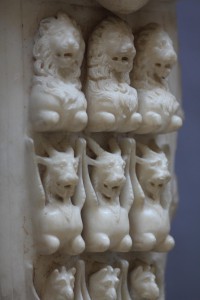 Their secret? Collaboration. Jesus.net is made up of a partnership of ministries across Europe, sharing resources, technology and vision to further their reach. Their strategy wowed the judges and planted an idea in their minds. What if the other ministries present collaborated in the same way? They were all trying to accomplish the same task, and many of them even ministered to the same demographic. How could they help each other like the Europeans did? Could the Kingdom impact be multiplied if they learned to work together?

Each Campus Crusade-based ministry utilizes different mediums to spread the gospel — YouTube videos, rock concerts, geo-tagging, Internet education, online testimonies and more. Many of them were doing solo work before the Lions’ Den.

The Lions came up with a plan. If the ministries who presented in Vancouver got together again, this time to work together instead of compete against each other, sparks could fly. And who better to learn from than the people behind Jesus.net? Three days in their converted barn-turned-office in Paris for a follow-up conference would hopefully be successful in stepping away from autonomy and towards collaboration.

Back to the late-night dinner — the Lions’ vision was now reality. Representatives from the 11 ministries, most with iPhone menus in different languages, were just beginning a four-day journey together. Over the next 96 hours they got to know their former competitors, learned from guest speakers who lived out collaboration in their everyday life and dreamed about ways they could give each other resources and ideas.

They saw the Paris headquarters of a team from Northern Africa Middle East ministry, located in a nondescript commercial building surrounded by security gates with strict access control. Two of their staff members were killed last year as they performed ministry activity.

“I think the most striking thing I heard at Life Agape was when they said that they don’t do anything without collaboration or without partnership. It’s kind of built into their DNA that ‘if we’re going to do something we’re going to involve others … and make ourselves available to contribute,’” said Andy Smits, director of francophone ministries of Power to Change.

Conference attendees also heard from Greg Johnson from Utah, who partners with evangelical and Mormon churches in the Mormon-dominated state to have dialogues with members of the LDS church. Their collaboration has been so successful that they secured Ravi Zacharias, an evangelical, to speak in January for the second time in the Mormon Tabernacle. The last non-Mormon to speak in the Tabernacle prior to Zacharias was D.L. Moody in 1899.

The audience for Zacharias’ gospel-centered talk was comprised of both Mormons and Christians. Together, under one roof, they sang hymns and listened to a message centered on Jesus and the crumbling culture. Collaboration’s fruits were making a historic difference in Utah as "détente" between Mormons and evangelicals materialized and Pastor Johnson shared with the gathered Paris group how he achieved this unprecedented milestone.

“I am happy to see that also other people on the other side of the planet … think about collaboration as we do in Europe,” said Simon Löffel from Switzerland, project leader of the testimony website MyStory.me.  He sees the potential effect of what happened in Paris during the conference.

“If we know each other and know the projects of each other that’s big impact for different countries and different religions,” Löffel said.

Sean Cullen from Canada, national director of the student ministry of Power to Change, agrees that the partnerships made at the conference will make a huge difference.

“We’re going to all of a sudden get farther than we thought we could get simply by adding some pieces that other people have already built into our ministry strategy and toolset,” Cullen said.

Dreams of future collaboration became concrete on the last day when commitments were made to partner up and share their specialties in order to further each other’s projects, ultimately making more disciples of Christ than any ministry might have done on their own.

“There’s a fear that you’ll lose yourself in giving to somebody else or receiving from them, even,” Cullen said. “So I think through hearing the stories, seeing what’s happening [in France], actually being able to touch and look at the result of pretty intense collaboration here has really kind of reduced the fear in my heart of losing myself in collaboration.”  The breakdown of holding too tightly to one organization’s vision was a good thing, according to Campus Crusade Switzerland leader Matthias Langhans.

“[Non-Christians and young people] always like to see that the kingdom of God is put first and not the organization,” said Langhans. “I think there is a fruit and people want to be a part of it.”

After four busy days, it appeared that exhaustion had not even begun set in. Rather, attendees seemed energized by the synergy between them. Some projects were functioning well on their own and had a lot to give, some were just at the beginning of their journeys and opened their arms to receive. Partnerships were made and future goals had deadlines.

“I don’t know anyone here who can push harder so much as it’s work different or work smarter,” Cullen said. “In collaboration the big benefit is you don’t duplicate efforts so you can more quickly get where you want to go, and so even if you might be pushing at the same strength, you’re just able to go farther.”

Go to: Be Encouraged Go to: Get ready for SummerSHINE14!