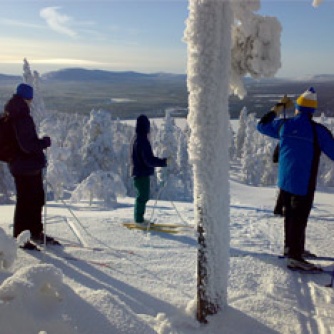 Kansan Raamattuseura, known in English as Logos Ministries, has been an Agape Europe partner ministry since 1967. Logos Ministries is a national organisation working mainly within the Lutheran church but also with other denominations. They describe the work with the motto, “Living by grace, proclaiming Jesus”. They cooperate with Agape in university student ministry, training and youth work and the JESUS film. They invest in families and marriage and activly minister to senior citizens. It is also known for the Vivamo Bible Village theatre that performs Bible stories and reaches thousands of people of all ages annually.

Logos Ministries was established in 1945. Cooperation with Campus Crusade for Christ (US), Agape Europe’s parent organization, began when Finnish evangelist Kalevi Lehtinen met Bill Bright in 1966. A formal agreement of partnership was signed in 1967, and several Finnish people serve through Agape Europe.