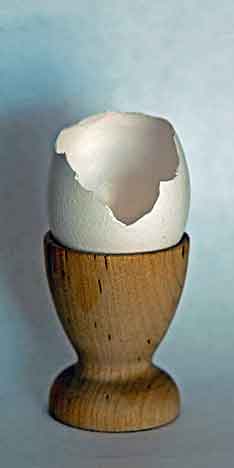 In 2009, the Agape ministry in Switzerland launched a video campaign to present faith stories of all kinds of people. After the success of the video series, which exposed over 1 million people to authentic, personal accounts of how God works in individual lives, a variety of other countries (the Netherlands, Germany, Poland, the Czech Republic, France, Estonia and Japan) adapted the concept for their own use.

As technology improved, the option of creating an online portal where anyone could easily post a story or video became possible, and MyStory.me was born. To date, around 600 people have posted stories on the portal, eight countries have launched local initiatives to help increase the number of people who share their stories, and at least two more countries are close to joining the MyStory family.

But statistics cannot describe the real impact of MyStory. The following account reported by Judita, an Agape staff member from Lithuania, is just one example of how modern technology can be used to share God’s love and bring real healing to people's lives.

Have you ever imagined that reconciliation could happen through Facebook? I hadn't!

However, God recently used a simple "Share" button to allow something amazing to happen in my life. 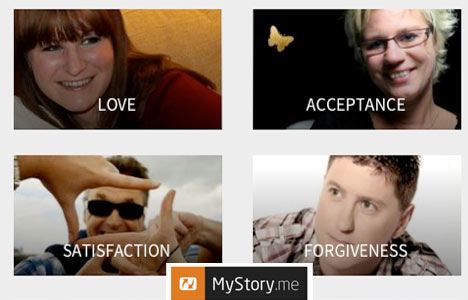 To learn how you can create your own story, visit the MyStory portal and read the simple instructions.

A few years ago, I wrote my testimony and put it on a new website called www.mystory.me, created by the Agape Europe Digital Strategies team at Jesus.net. A week ago I though to myself, “Why didn't I share it on Facebook?” So, I did. What happened next took my breath away.

After few minutes my previous classmates, with whom I hadn't had any contact for eight years, started to "like" it. A few wrote comments like this: "Really honest and open story," or "It is great that you found anchor for your life". I was surprised and wondered, “Do they really read what I post?” It seems so.

Then I got personal message. A girl who bullied me at school wrote to me asking for forgiveness. She had been suffering and felt guilty for a long time. We messaged back and forth a few times and then agreed to meet. I am so thankful that God had already worked in my heart so that I could make the decision to forgive her long time ago. When we met, I was able to look her in the eye without bitterness or blame. She openly shared her struggles with me and asked few questions about Christianity. We agreed to meet more often.

This meeting gave us both the closure we had been looking for. I felt God healing me from fear of rejection and fear of people. I know that I still have a long way to go, but I know that this meeting was a great step for me to let go what happened in the past.

Go to: Be Encouraged Go to: TUNE IN to Real Life