Many places in the Philippines were devastated by Typhoon Haiyan in November 2013. Agape Europe and our humanitarian partners at GAiN responded to the disaster by sending practical and financial help to the region. Four containers with relief aid were sent as early as December 2013, and donations were also used to buy medical supplies locally.

Whether providing baby food for a small child, making sure that a father’s wound was dressed with a fresh bandage or giving an elderly woman a new mattress to sleep on – our donations helped real people who were affected by the storm. Here's an infographic showing how storm victims have been helped so far. 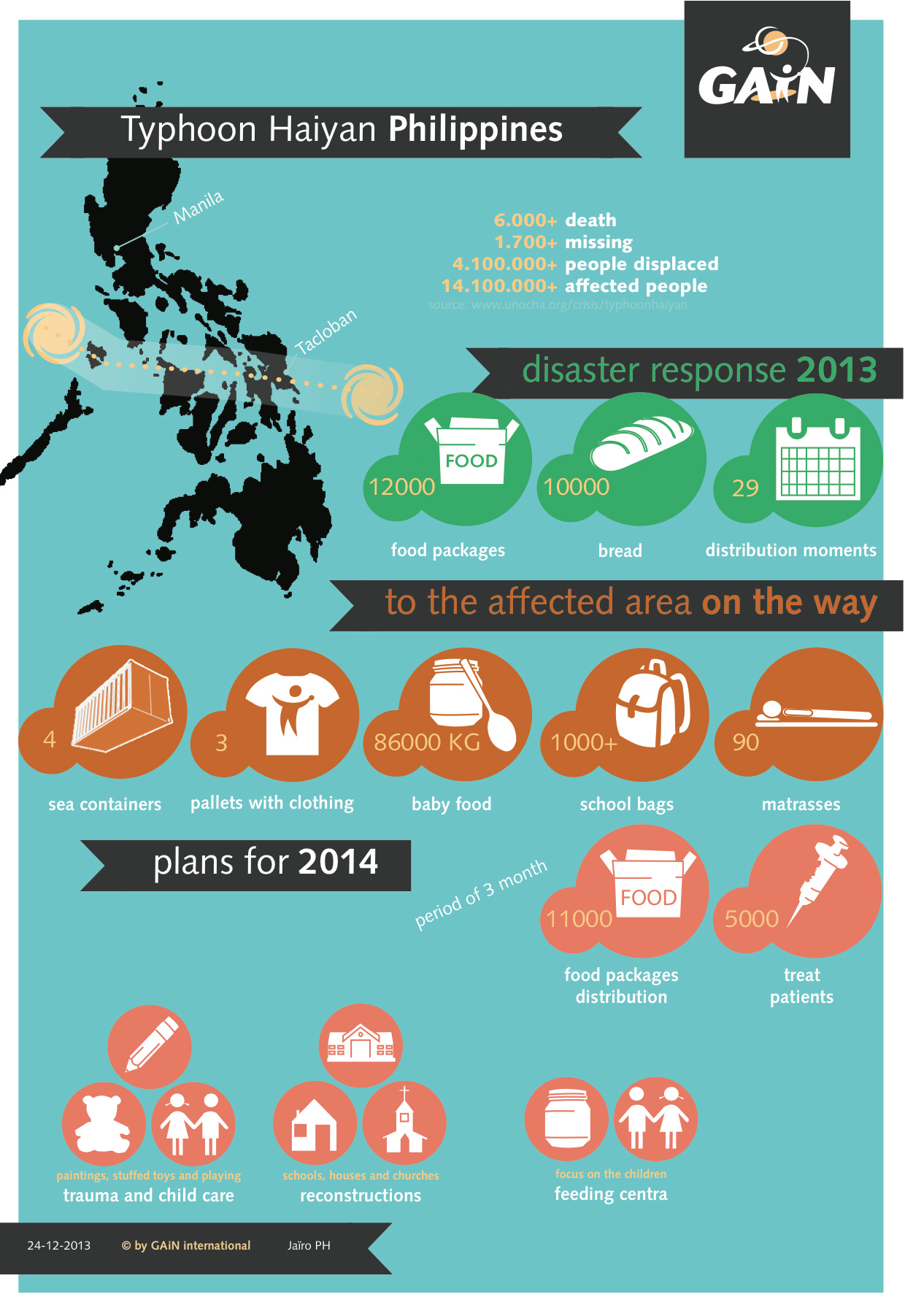 Go to: Be Encouraged Go to: An Unexpected Encounter