Free from the Pressure to be Original

Churches (and Christian artists’ fellowships) provide a space in which artists can be freed from competitive pressure and the stress of originality. 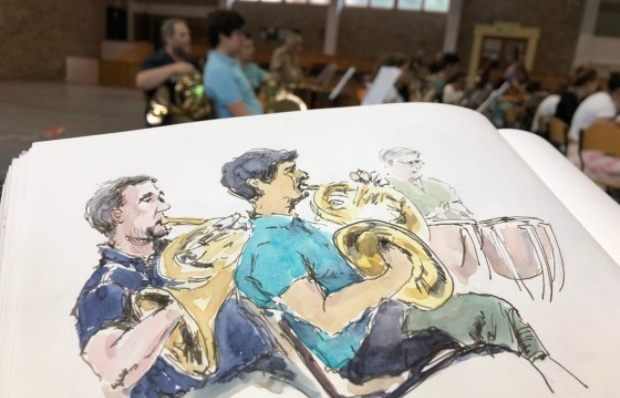 By Beat Rink of Crescendo, a Christian movement made up of professional musicians and music students as well as other artists that is part of Agape Europe.

Last week, a composition student said this to me, “We are repeatedly told that we have to create our own identity.” Create your own identity, be original! Every student of music or art, every actor and every author knows this imperative. Whoever wishes to be a successful artist has to invent himself and then spend the rest of his life optimising himself.

The imperative of originality begins with the modern artist, who towards the end of the 18th century increasingly eased himself away from feudal and ecclesiastical patrons in order to address a new public. He found this public in the bourgeoisie, whom he had to win for his art and from whom he often set himself apart. Breaking away from old forms of dependence meant liberation from rigid aesthetic norms. But, “After the classical norms had ceased to be obligatory, art, and with it the artist, no longer belonged anywhere. No longer tied to the aesthetic task of delivering an idealised picture of the world (whether in painting or poetry), subjectivity now became the only measuring rod for artistic work, coupled with an obligation to be ‘original’ and ‘new’.”(Walther Müller-Jentsch).

People today, not only artists, feel the requirement of inventing oneself, of being as original and authentic as possible. It has even made its way into the churches. The church, writes the theologian Reiner Preul, often faces the accusation (above all from intellectuals) that it hinders “the individual in his striving for truth and self-development, and chastises his originality.” What is the result? Each HAS to be as original as possible. This produces stress, pressure and competition against others, who of course also define themselves as unique (churches or individuals) and are battling to attract as much attention as possible.

Churches in the originality trap?

We even see Christian churches fall into the originality trap. But they can avoid it if they know that as churches, we are created by God. Therefore we do not need to rediscover ourselves. We are "original" and "innovative" because Christ is in the midst of us with the power of his resurrection. He has given us so many different people who contribute unique characteristics and gifts. We trust that God will awaken their gifts and by them will enliven us. We want to give the Creator Spirit room to create new things. We want to support people (including artists!) who have the gift of innovation and who are original without being compelled to be original.

So churches can become a space where an artist in particular can say, “I don’t have to be an “original artist” here! I can simply be a human being – entirely normal and yet unique.” 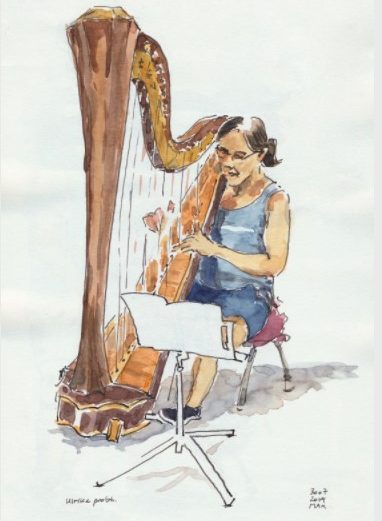 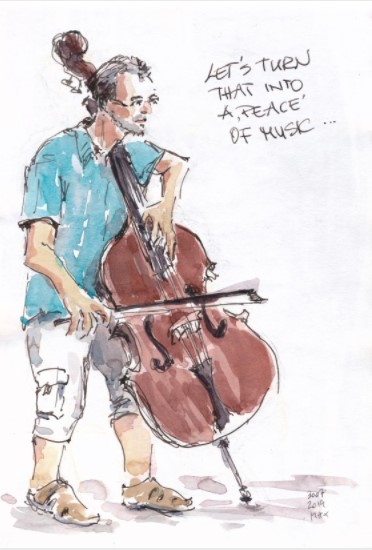 Freed from the pressure of originality

Yet I also have to say that I know narcissistic artists who find it difficult to sit with others in a church pew, listen to the sermon, sing hymns, without putting themselves in the spotlight. Why? Because they bring their originality compulsion into the church with them.

But I also know artists (and they probably represent the majority) who find it does them good for once not to have to prove how “original” they are. Edgars Mazis, a Baptist pastor in Riga and spiritual counsellor in the Latvian National Theatre, takes this approach: When actors come into his church, he says to them, “You do not need to put on an artistic performance here. You can just relax.”

Christian artists’ initiatives can provide the same thing. We even see this at the "Crescendo Summer Institute", where we run work-intensive masterclasses every day. It could easily end up increasing the pressure to be original and competitive. Astonishingly, however, the fundamental tone in the feedback is this: “Here I have felt no competitive pressure. I was accepted as I am. I have been supported in my individuality.”

What would happen if this was the first thing people experienced on coming into Christian fellowship?

"Here I am allowed to be as I am. Like everyone else, normal and at the same time, unique. I do not have to prove myself. And I certainly do not have to invent myself. For here I am found and loved by God. Here I discover, through healing, forgiveness and the Creator Spirit, that I can become the unique person that I am.”

Send to a friend
Go to: Be Encouraged Go to: Where Passion and Purpose meet