Deepening unity with others takes intentionality. God desires us to live in unity. How might that actually look on a team of people who come from different cultures and backgrounds? 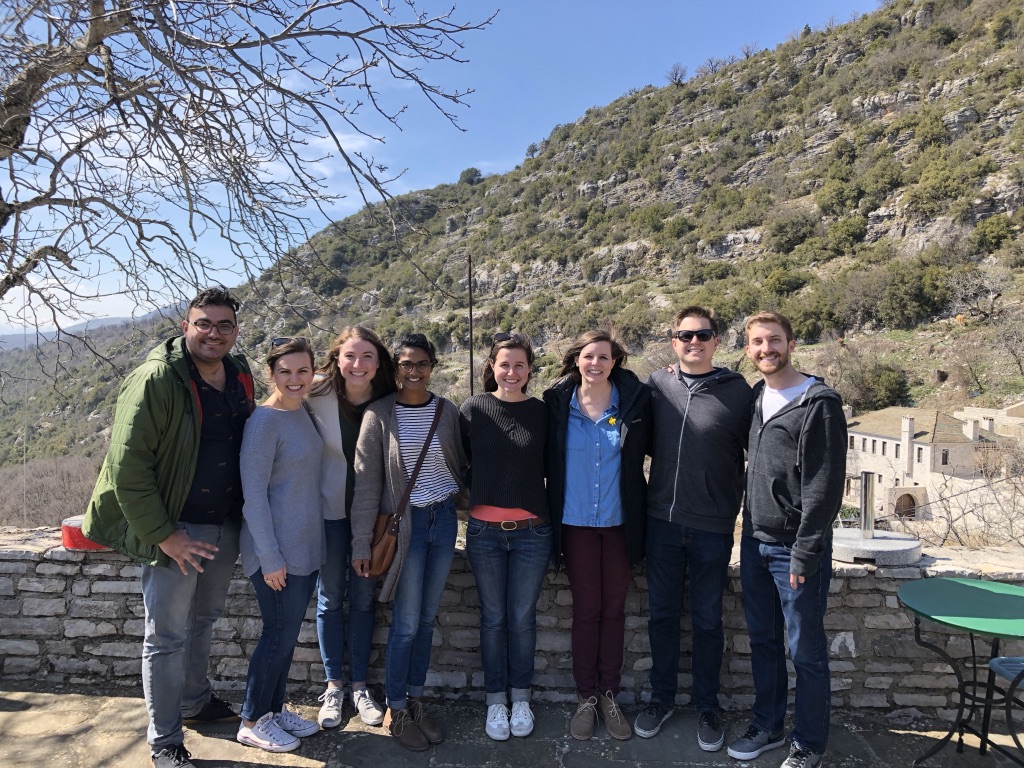 My team and I live in the corner of northwest Greece, in a university town called Ioannina. We are a mix of staff members and stinters. We are a mix of cultural backgrounds and nationalities. Some are married. Some are single. So creating team unity has been fun and challenging as we figure out how to communicate and express our values.

One thing we can all agree on is the desire to celebrate each other. Last year, we realized that one of our teammates has her birthday in the summer, during the break between the first and second year of her Stint. Our solution was a “half-birthday party.” We celebrated her on January 26th.

This year, three of our teammates would not get to celebrate their birthdays in Ioannina. So we threw three half-birthday parties without even batting an eye. While our friends thought it was weird, they did not turn down the opportunity to celebrate and eat American snacks with us. Really, who would say no to birthday cake?

Greeks love to gather together, cook and find something to celebrate. We just added a twist by introducing half-birthday parties.

Unity has also come in spontaneity. Once a month, the guys on our team get together and the girls get together. The guys had recently scared the girls so it was time to seek revenge.

The guys were watching a movie in an apartment on the first floor. It took four girls to get one of our teammates up onto the balcony. She gracefully pulled herself onto the railing, swung over the bar, and stood on the balcony. She looked down at us, counted down from five on her fingers, turned around, and slammed both hands on the glass door.

The shriek that emitted from our Greek teammate was like nothing we had ever heard. It was well worth it. We cheered from the ground. Mission accomplished.

We discovered that Americans and Greeks do meetings very differently. While planning an event, we divided up decoration, food and speaking responsibilities. When I turned to our national staff, Nikos Kolliopoulos, I told him that he and I could discuss later what we should present at the event. For Americans, if a topic does not relate to everyone on the team, it is expected that you would discuss it outside of the team meeting. I planned to call Nikos that afternoon and talk about the event, but I did not tell him that.

Greeks don’t do that. Greeks talk, yell, agree and repeat until every detail is ironed out. “Nothing is more comforting than a finished discussion,” explained Nikos, “We discuss until everything is settled.”

Thus, “we’ll talk about it later” is normal for Americans and not for Greeks. When I say that, our student leaders and our Greek staff think I do not care about what they have to say or am not interested in discussing anything with them. For that particular party, Nikos and I decided to make clear plans to talk at a later time before we ended the meeting. This insight is helping us be more united as Greeks and Americans.

There is no formula for creating team unity, but mixing in purposeful activities, spontaneity, and good communication is working for us in Ioannina.

“How good and pleasant it is when God’s people live together in unity!” - Psalm 133:1

“Finally, all of you, be like-minded, be sympathetic, love one another, be compassionate and humble.” - 1 Peter 3:8

Want to join a team?

If you are interested in serving as a Stinter in Western Europe and are coming from the U.S., visit the Cru website with information about how to apply for Stint.

If you would like to apply to be a staff member or volunteer and are from Europe, contact the national ministry office in your country.

Or, check out our list of opportunities and get started.

About the author: Linley Stringer is a staff member of Agape in Ioannina, Greece. She and her husband Hayden are part of the local campus ministry team. She enjoys editing, spending time with friends, playing board games and making progress in learning Greek. Linley ended up serving in Greece thanks to a partnership with Grace Bible Church in College Station, Texas where she attended Texas A&M University.

Send to a friend
Go to: Be Encouraged Go to: Bertie Warner’s Story